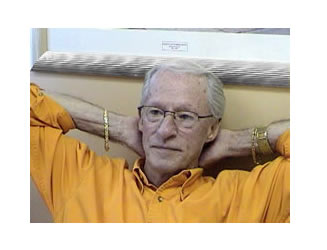 
During his lifetime, Don Heskett had a gift for invention and business, and at various times was involved in numerous and varied businesses. However his passion was in innovating, developing and conducting research with water-related devices, eventually culminating in the creation of KDF® Fluid Treatment, Inc. KDF has developed into an innovative leader in the water treatment industry, with drinking water treatment units in residential, industrial and commercial applications throughout the world, with more markets opening every day.

Born and raised on Chicago's south side, Mr. Heskett served in the Korean Conflict with the Marines. The accomplishments of his unit, the 1st Division, were chronicled in the book "Retreat, Hell! We're Just Attacking in Another Direction." During the course of his duty the 1st Division Marines were involved in some fierce fighting and sustained many casualties. Mr. Heskett, who operated a howitzer, stated that he managed to avoid becoming a casualty because "I guess I was too skinny to get hit by a bullet."

Following the war, Mr. Heskett returned to the Chicago area and began his own pop (fruit bowl) delivery business. He eventually bought his own restaurant in Villa Park, Ill., where he met his wife of fifty years, the former Dorothy Corbin.

His first job in the water business was in sales for Servisoft. He started doing some designing of new innovations, then later consulted for Morton Salt, eventually selling them a water treatment carbon cartridge he had invented. In 1972 he developed the first non-electric water softener. His career in water treatment continued to move forward, and in 1984 he had his best idea, "quite by accident." Very early one morning he used a brass ballpoint pen to stir some chemicals which contained chlorine. He noticed that the red color, which indicated the presence of chlorine, had disappeared. He continued to experiment, and eventually realized that he had discovered an electrochemical oxidation process known as "redox," which reduced chlorine to chloride. This discovery led to the process of using metal to remove chlorine and certain heavy metals from water, and after a few years of hard work and persistence, to the formation of KDF Fluid Treatment, Inc.

Although best known for his innovation and business success, Mr. Heskett still managed to find time to pursue other interests, including becoming an artist, poet, musician, husband, father of seven, and grandfather. Later in his career, the Hesketts moved their family to Constantine, MI, and were very fond of the area. All of their children settled in the area, and most are involved in the operation of KDF.

Mr. Heskett never retired from KDF, and continued to be active in the company as long as his health permitted. However some time ago he delegated the actual running of the company to various other family members, under whom KDF has continued to move aggressively forward. Although Mr. Heskett and his guiding influence will certainly be missed, he laid a very proud and enviable foundation and legacy upon which his family and KDF will continue to build.

Don Heskett, died at age 73, following a brief illness. Issa Al-Kharusy, CEO, "Don created a legacy that will continue long into the future. KDF Fluid Treatment is the result of his lifelong accomplishments. He always maintained a great love of the company and its products, and most of all its customers. The entire staff of KDF is committed to carrying out his wishes and his legacy."